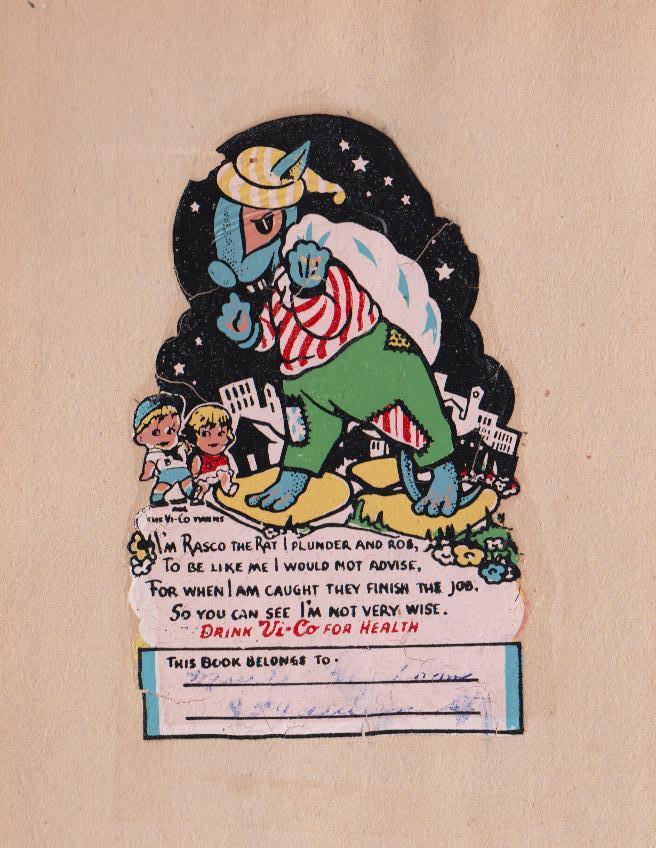 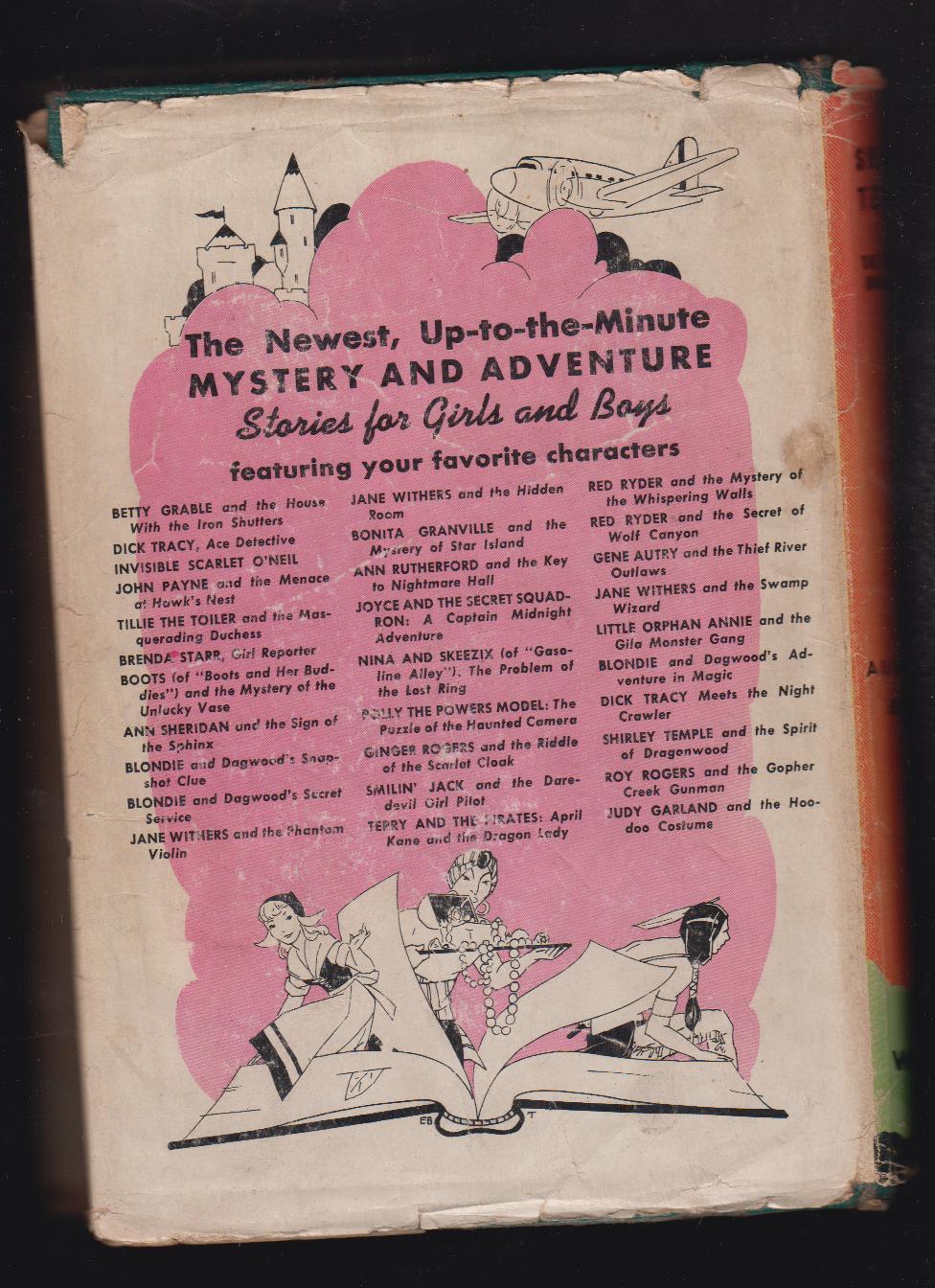 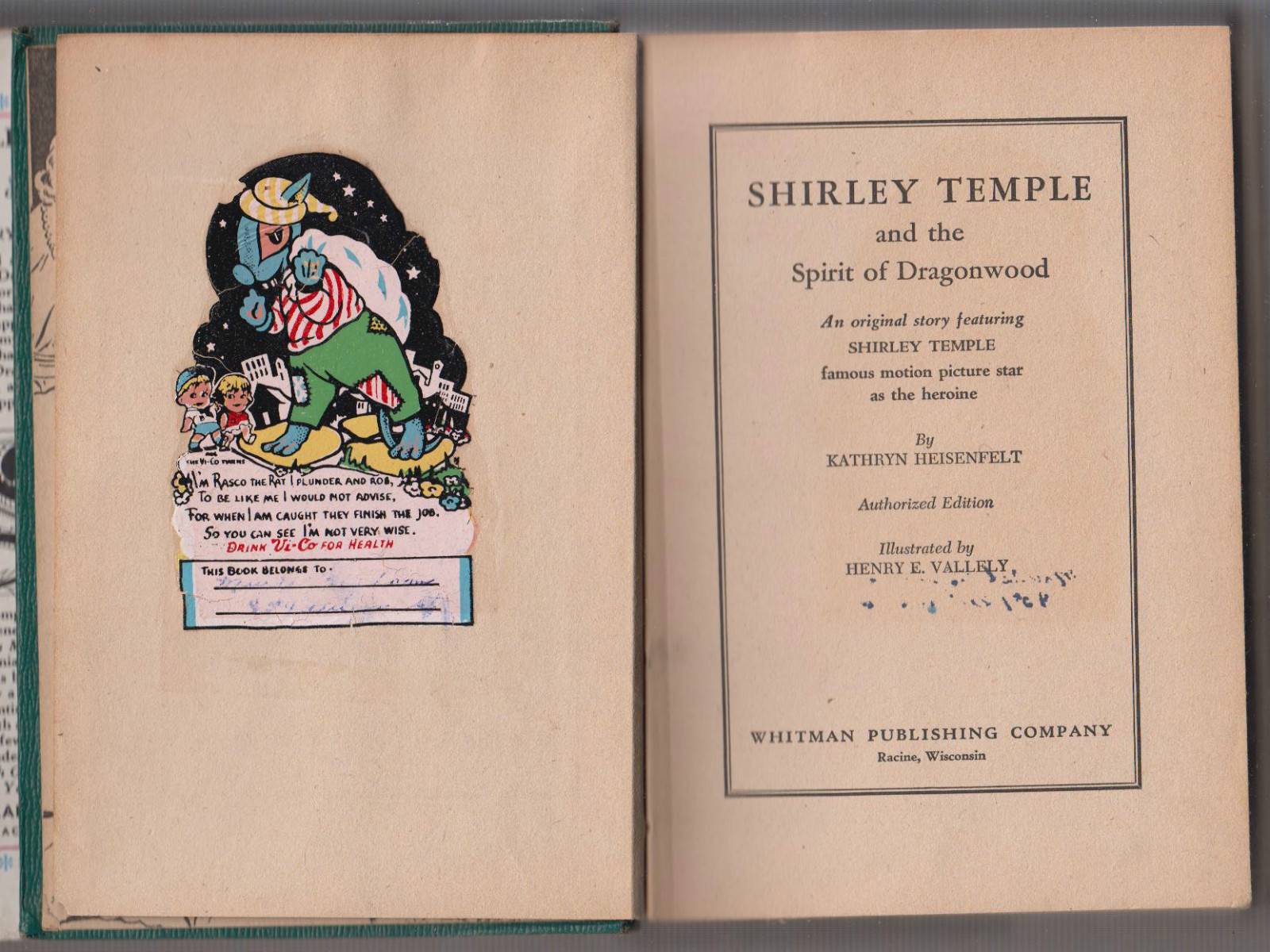 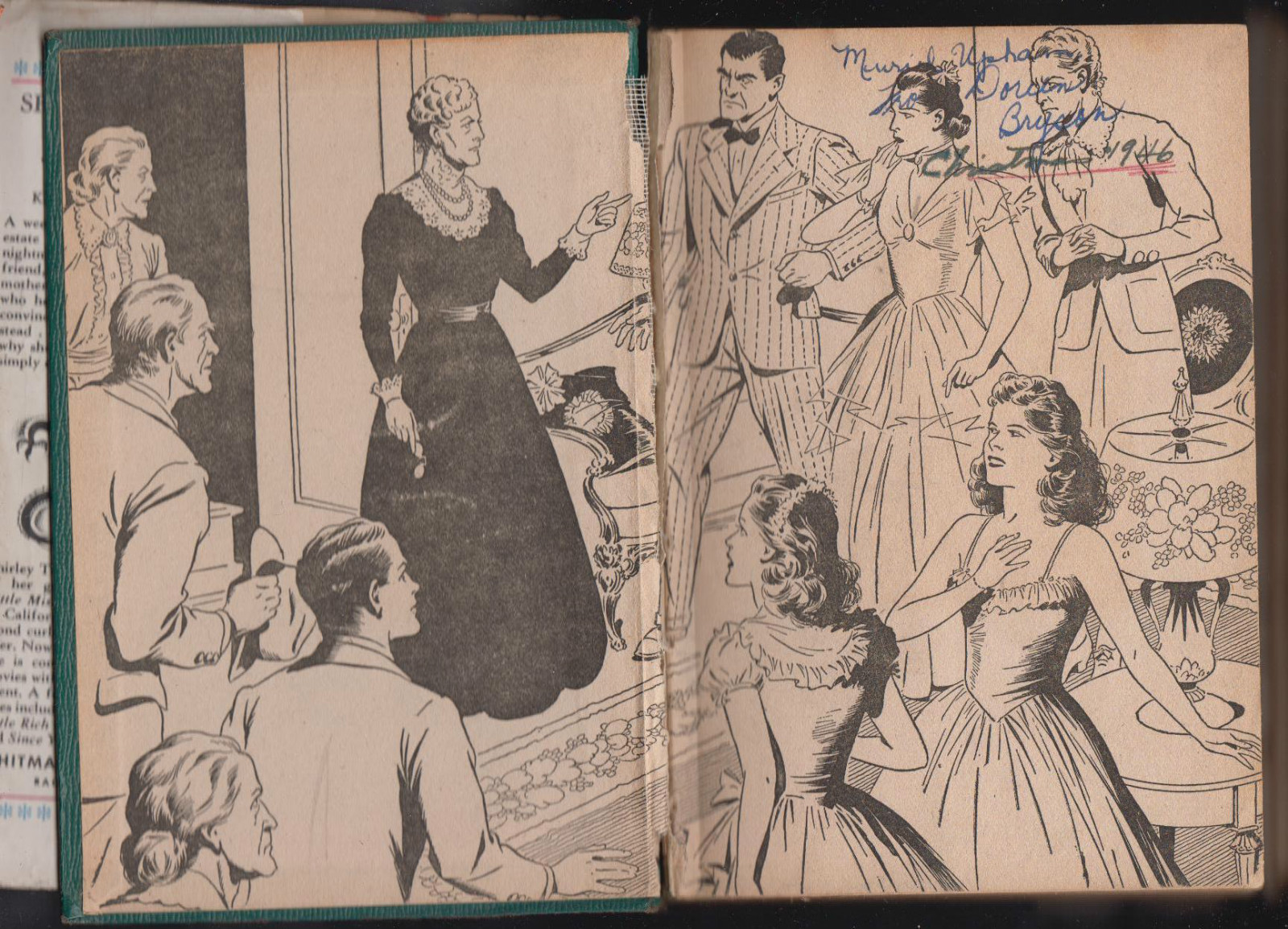 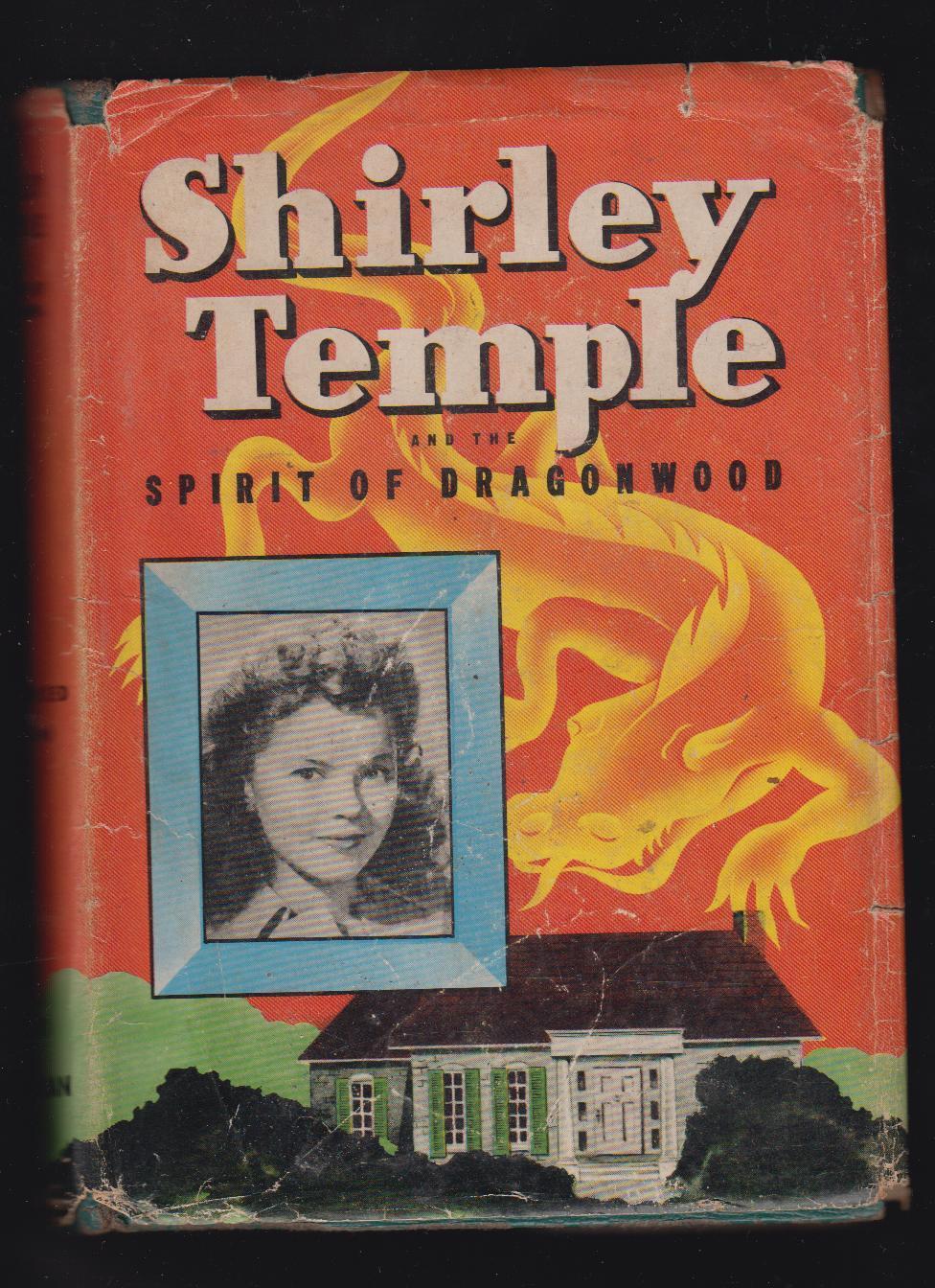 A great piece of dairy advertising in a 1940s hardcover copy of Shirley Temple and the Spirit of Dragonwood By Kathryn Heisenfelt, illustrated by Henry E. Vallely, published by Whitman. In fair to good condition with hinges split but holding, with dust jacket. The Vi-Co advertising bookplate is intriguing. The substance appears similar to modern-day wear-off tattoos applied with water and pressure: very thin and shiny. The bookplate would have been applied by rubbing. It measures 4.25 x 2.5 inches. Searching the web offers interesting, and in some cases conflicting, information. I do not know which company first marketed "chocolate milk" under the brand name Vi-Co, or whether that name and recipe was sold to various dairies throughout North America. It was being produced by Laiterie Shawinigan Dairy in Quebec as early as 1934 [front page ad introducing Vi-Co in La Review de Shawinigan Falls, 4 Aug. 1934]. Certainly it was popular in Saskatchewan at least from the 1950s (where, for some, as in Quebec, Vico remains synonymous with chocolate milk). As of 1989 the Malaysian company Maestro Swiss produces Vi-Co, and our bookplate proves an interesting forerunner to their website game where one may "fight evil Choco Creeps in outer space in the Planet Vico game". I can find no on-line reference to, or image of, this bookplate. Even googling the plate's catch phrase "Drink Vi-Co For Health" turns up nothing. Same goes for "the vi-co twins", the two kids to the left of the delightfully absurd villainous mascot Rasco the Rat or for any of his cautionary ditty: I'm Rasco the Rat I plunder and rob / To be like me I would not advise / For when I am caught they finish the job / So you can see I'm not very wise / Drink Vi-Co for Health. The note in pen to front endpaper states the book was given as a Christmas gift 1946; I presume the bookplate dates to the 1940s but it could be earlier. I would not place it in the 50s as the child whose name appears on the endpaper has signed the bookplate in a childish hand.