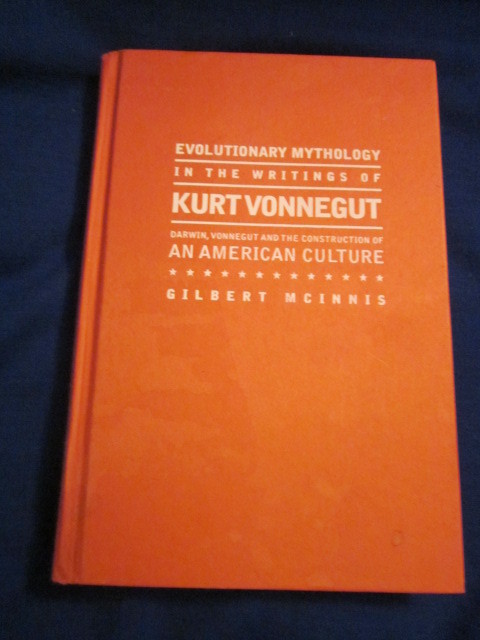 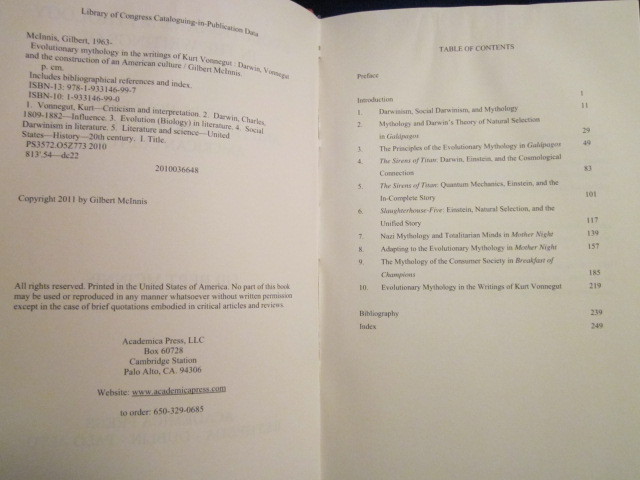 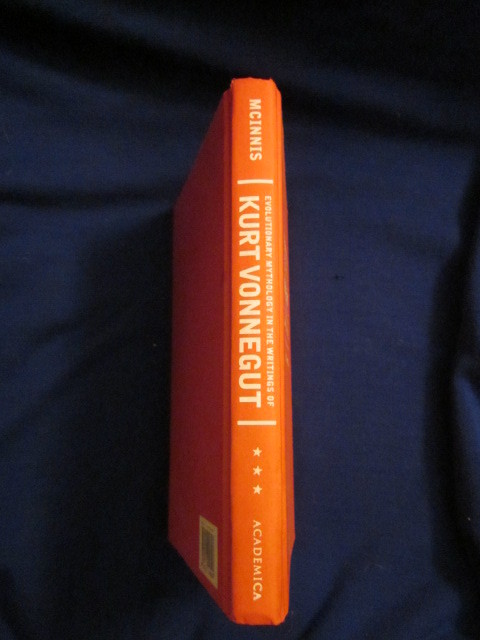 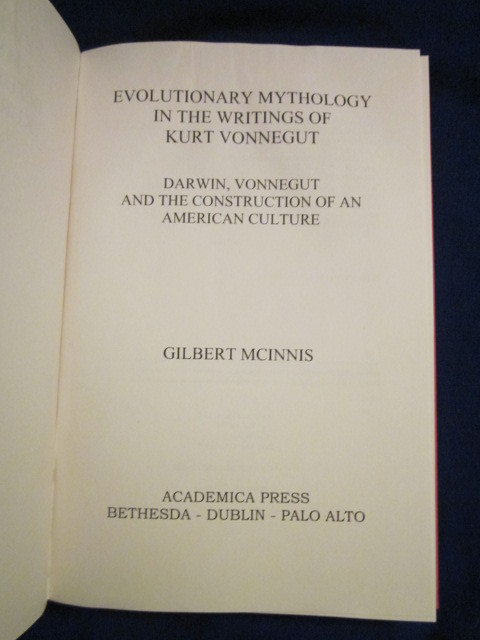 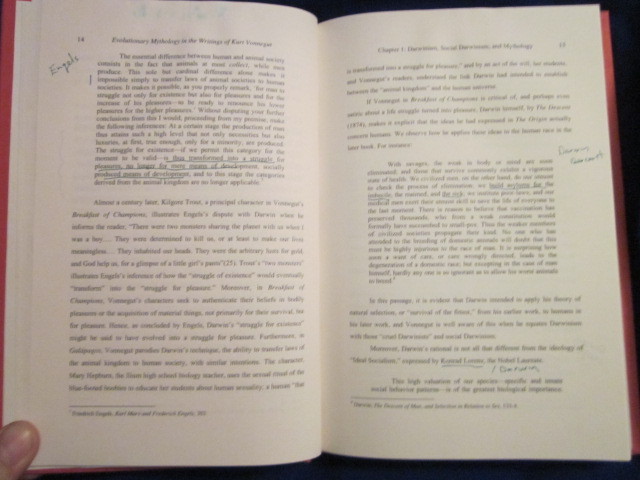 Evolutionary Mythology in the Writings of Kurt Vonnegut: Darwin, Vonnegut and the Construction of an American Culture

xx, 253 pages. Hardcover; with scoring and marginalia up to page 27. "This research monograph is an important contribution to the study of the author, Kurt Vonnegut and the great evolutionary scientist Charles Darwin. The book examines Darwin’s influence on the American culture that were Vonnegut's major focus and interest and the source of his importance as a major American writer of the later Half of the 20th century." "This book is relevant in its attempt to understand, in Vonnegut’s novels, how Darwin’s theory of evolution functions as a cosmogonic myth that is widely accepted in order to explain why the world is as it is and why things happen as they do, to provide a rationale for social customs and observances, and to establish the sanctions for the rules by which Vonnegut’s characters conduct their lives. Moreover, this book deals with how and why Kurt Vonnegut’s fiction represents the changing human image resulting from Darwinism. The author discovered and developed his literary theory of “Evolution as a Mythology” from the novel Galápagos (Kurt Vonnegut,1985). McInnis persuasively developed theory suggests changes to the American (and English) literary landscape with a new and dynamic way to interpret literature, something the literary field has not seen since since Jean-Francois Lyotard described his ideas on narrative in his essay, the Postmodern Condition, published in Critique: Studies in Contemporary Fiction in the early 1980’s. " (review article)The Table of Contents: Acknowledgments / Preface / Introduction / 1. Darwinism, Social Darwinism, and Mythology / 2. Mythology and Darwin’s Theory of Natural Selection in Galapagos / 3. The Principles of the Evolutionary Mythology in Galapagos / 4. The Sirens of Titan: Darwin, Einstein, and the Cosmological Connection / 5. The Sirens of Titan: Quantum Mechanics, Einstein, and the In-Complete Story / 6. Slaughterhouse-Five: Einstein, Natural Selection, and the Unified Story / 7. Nazi Mythology and Totalitarian Minds in Mother Night / 8. Adapting to the Evolutionary Mythology in Mother Night / 9. The Mythology of the Consumer Society in Breakfast of Champions / 10. Evolutionary Mythology in the Writings of Kurt Vonnegut / Bibliography / Index.

Title: Evolutionary Mythology in the Writings of Kurt Vonnegut: Darwin, Vonnegut and the Construction of an American Culture

Evolutionary Mythology in the Writings of Kurt Vonnegut: Darwin, Vonnegut and the Construction of an American Culture