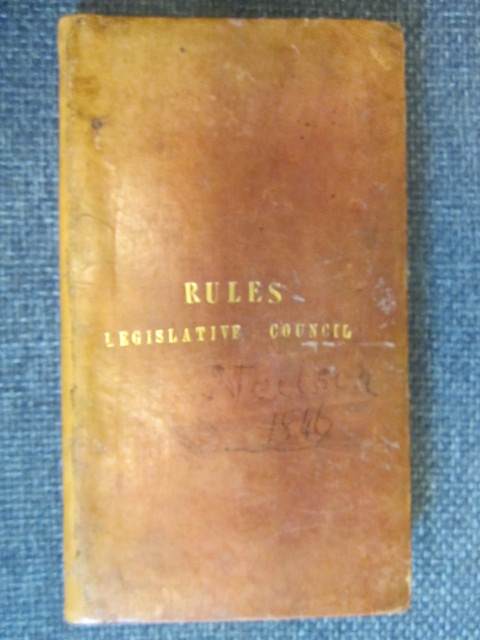 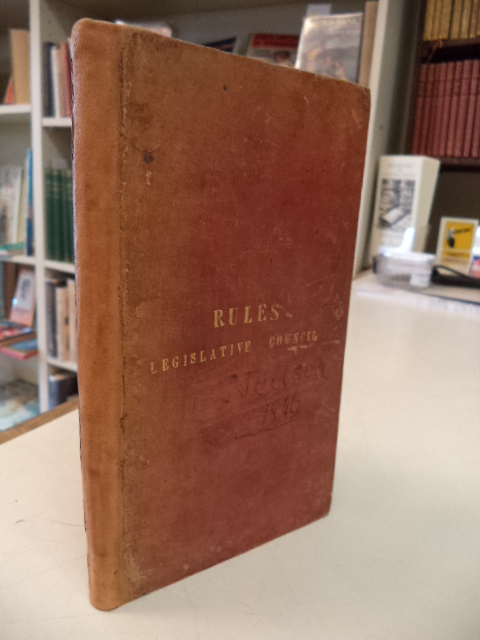 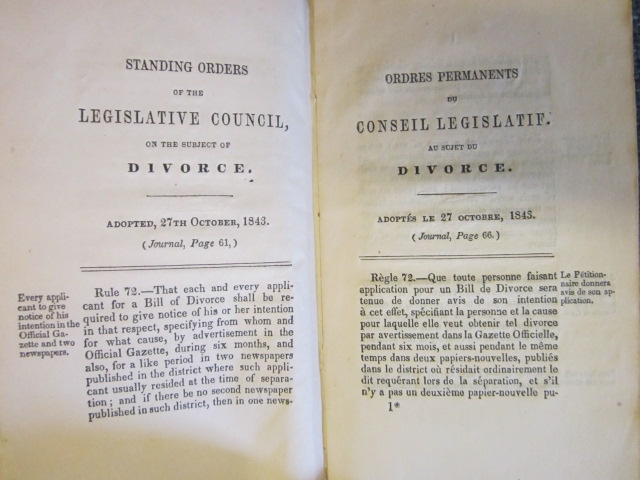 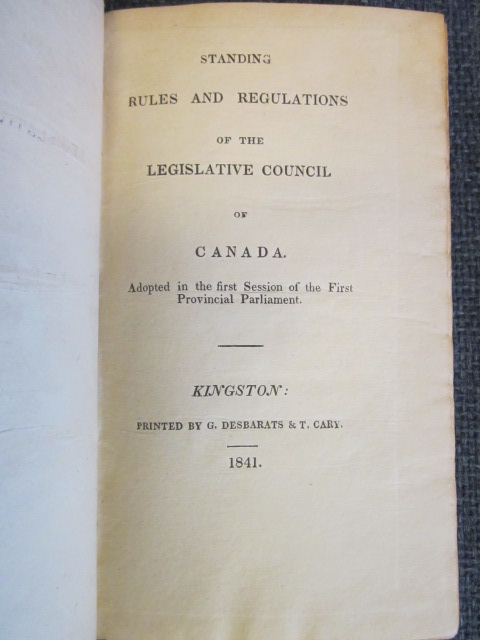 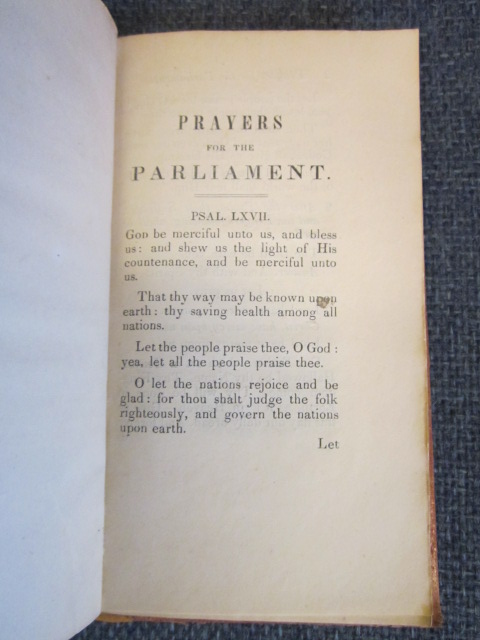 xviii, [6]-69, xxxix, xii, xiii, [2], [1]-7, [1]-7. Title pages in English and French. Includes: Royal Instructions, Rules, Appendix, Index, Standing Orders on the subject of Divorce, and Prayers for the Parliament. Each section appears in English and in French. Very few copies apparently survive and none that we have traced mentions or includes in collation the two seven page Prayers / Prieres at rear. Original morocco, stamped in gilt on front with name Neilson / 1846 (or 1844) in ink beneath. Spine professionally and sympathetically repaired in leather. Final leaf of Index re-tipped in and closed tear repaired. Retains original blank endpapers, with pencil notation to verso of rear endpaper and to the pastedown facing. Clean interior in sturdy binding with no loose pages. Though without provenance, conceivably the copy owned by John Neilson, on whom from wikipedia: "Born in Dornal, Scotland, Neilson arrived in Quebec City, Lower Canada in 1791 to work for his uncle's printing company, which he inherited in 1793. Elected to the Legislative Assembly of Lower Canada in a partial election in 1818, he was re-elected until 1830 and supported the Parti canadien. In 1823, he accompanied Louis-Joseph Papineau to London to lobby against the Union project in the name of the majority of the MPs in the Legislative Assembly of Lower Canada. Again, in 1828 he was part of a delegation sent to London (UK) to present his party's demands for reform. In 1830, he took his distance from the Parti patriote, which he considered to be too radical. He opposed the Ninety-Two Resolutions of 1834, a rewrite of the 1828 demands for reform with a radical tone. In 1837, he was named to the Executive Council and Legislative Council; Nielson was a member of the Special Council that administered Lower Canada after the Lower Canada Rebellion. He opposed the Union after its enactment. In 1841, he was elected to the 1st Parliament of the Province of Canada in the riding of Quebec County. He was elected speaker, but in 1844 was appointed to the Legislative Council. He died at Cap-Rouge in 1848."