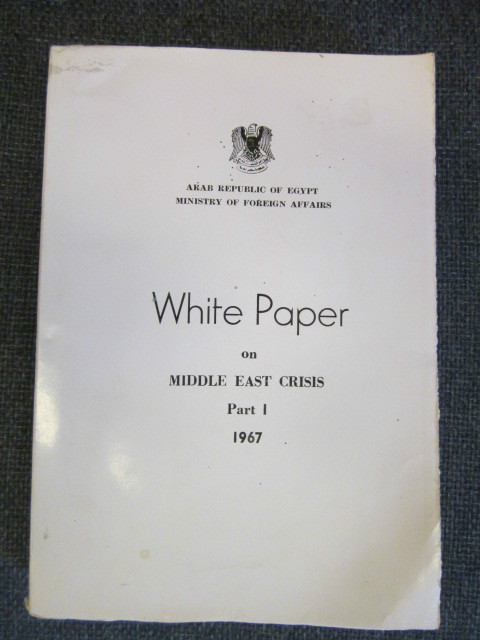 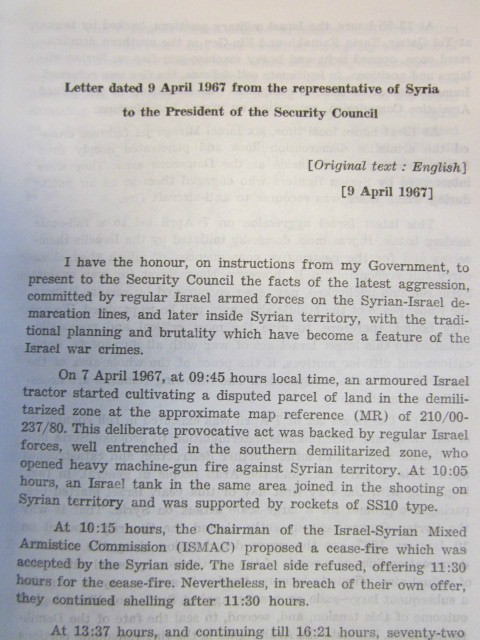 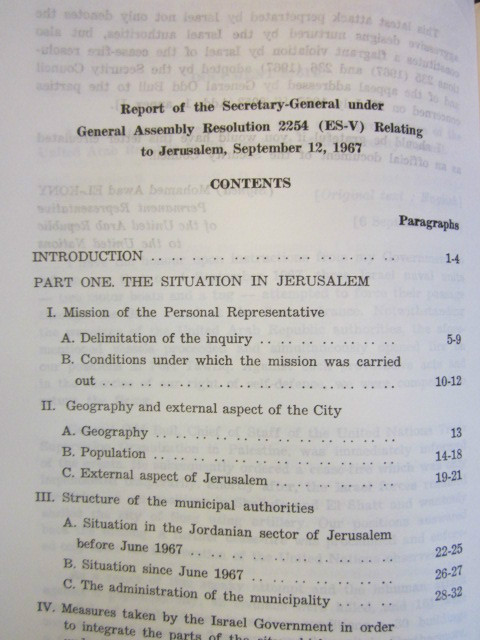 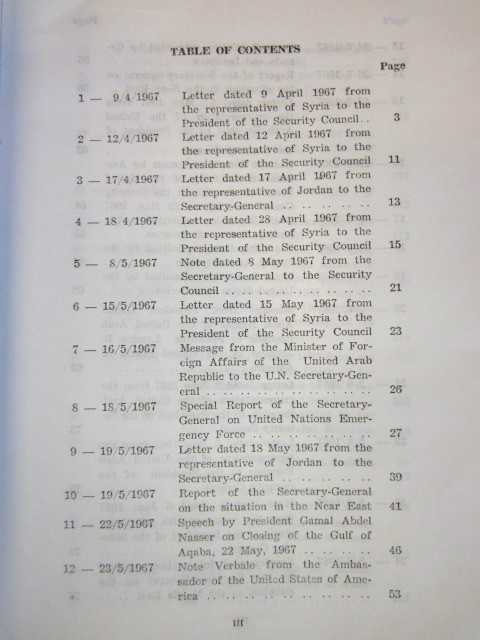 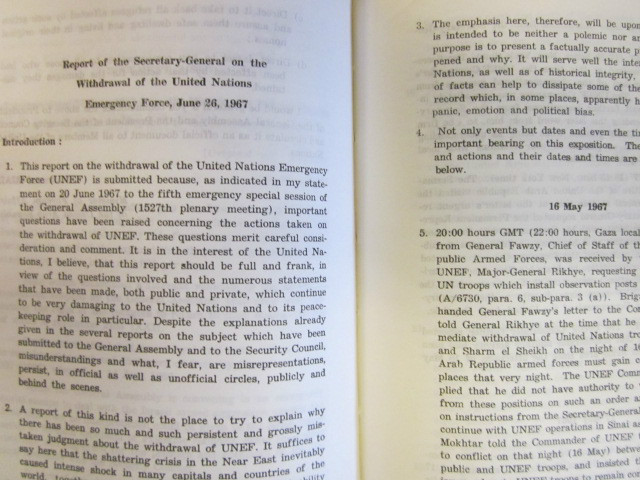 xx, 610 pages From the Foreword: "There seems to be a pressing need for a book comprising the original documents of the Middle East problem, arranged according to the chronological history of the events of this international problem, that has preoccupied and is still preoccupying the minds of the entire world, as the Arab - Israeli conflict is closely linked to the security of humanity and world peace. ... FIRST PART: comprises the documents pertaining to the period which began with the Israeli raid on Damascus in April 1967 and ended with the U.N. Security Council Resolution No. 242 in November 1967, in addition to the draft resolutions concerning the Middle East problem submitted by countries or various groups to the General Assembly and the Security Council." Few copies of this are noted as held by institutions worldwide. A comprehensive gathering of documents of utmost importance to any study of Near and Middle Eastern policy and conflict. Light soiling to original card covers; interior clean and unmarked.