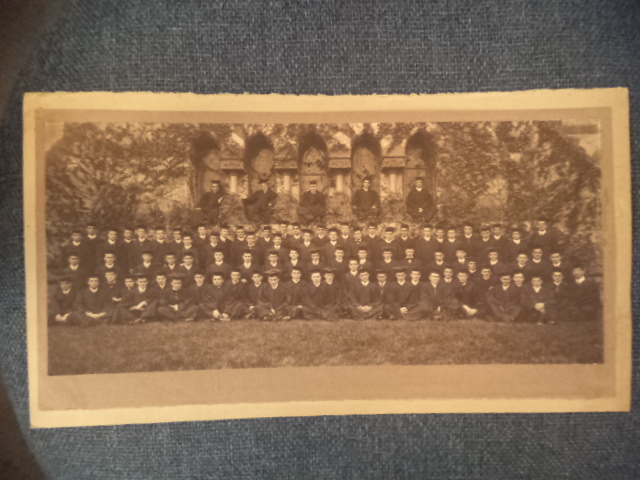 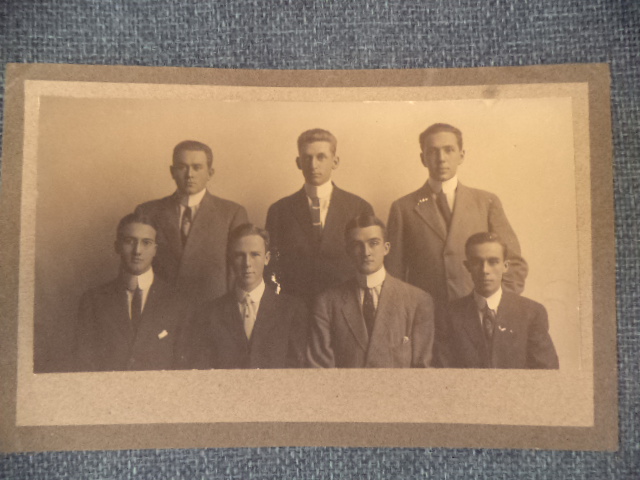 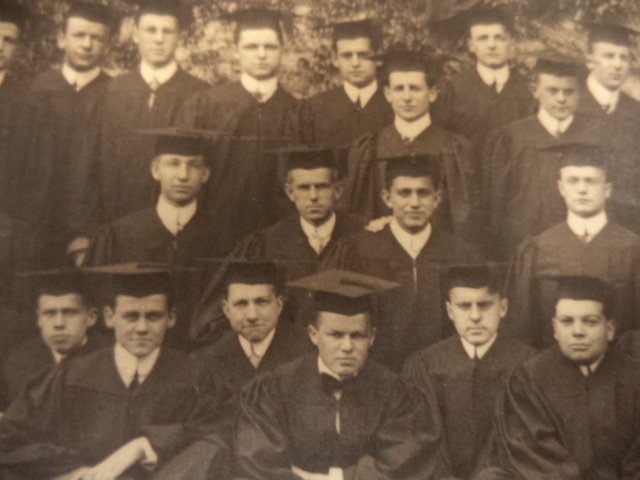 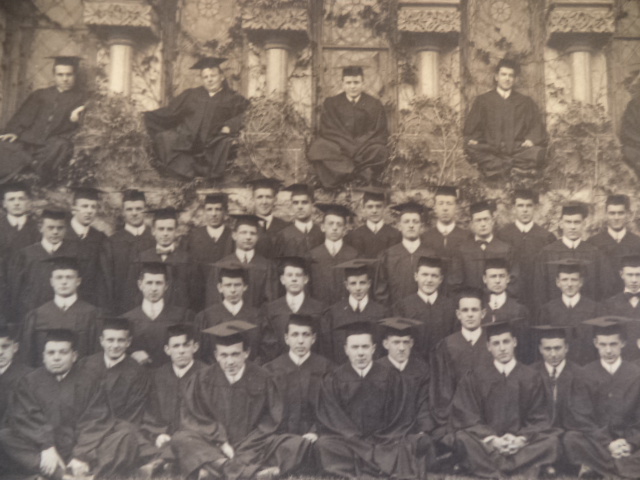 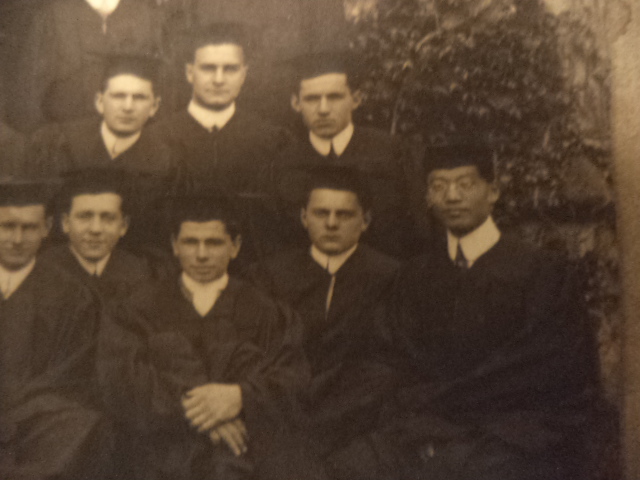 Amherst College graduation photograph 1910, and one other. The graduation photo measures 13.7 x 7 inches, it is tipped on to slightly larger light card at top, that in turn was originally backed by a slightly larger beige mat. Verso (blank rear) shows light staining to lower left corner. The smaller photo measures 9 x 4.6 inches. Both are in excellent condition with no scratches or creasing. Though my photos are foggy, the original is sharp. A very pleasing ensemble with the customary array of facial expressions from furious to smirking, topped by five reclining in the alcoves. Note at far right sticking out: Wen-Pin Wei of Peking who entered Amherst after Graduation and Instructorship at Peking University {four years later Dr. Wei authored The Currency Problem in China}. Also of note: this photo differs slightly from the graduation photo used in the 1910 Class Book. This one represents a moment or two before or after the one used officially. For example, in this photo Earle Alvah Barney {fourth from left middle row} is resting his left hand on the shoulder of Frederick Sylvester Knight ~ a gesture not evident in the Class Book. Also included is a smaller photo of seven men that I believe to be from the same period. One of the men (top left) is Louis J. Heath; the others we have not identified. From the estate of Louis Jay Heath who matriculated in '06, graduated 1910, went on to complete a Masters at Harvard and become a well respected journalist in Washington and in Central and South America. We have other Amherst memorabilia from this period and are happy to combine shipping; please inquire.