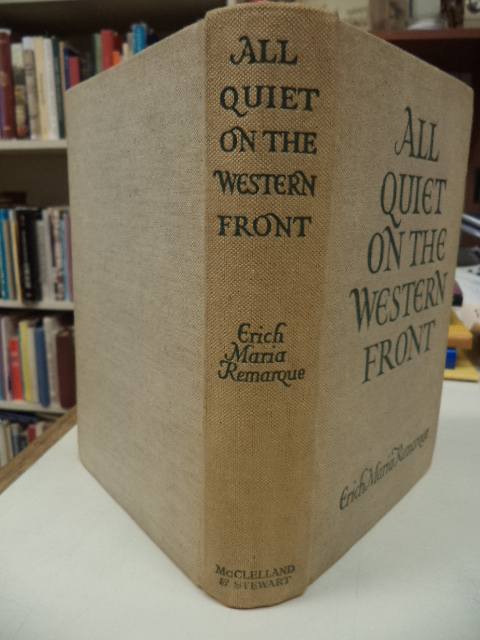 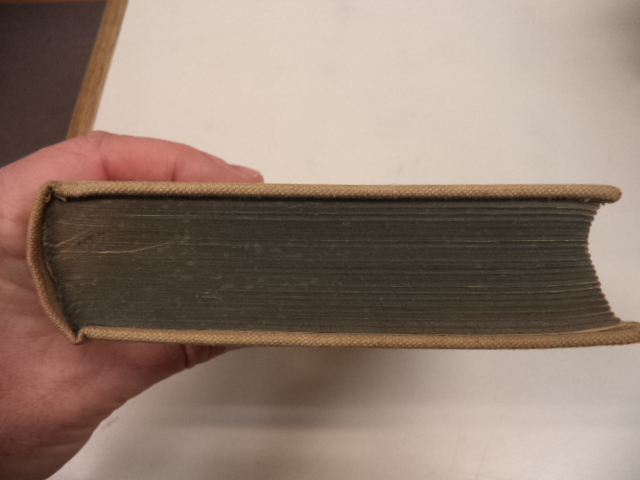 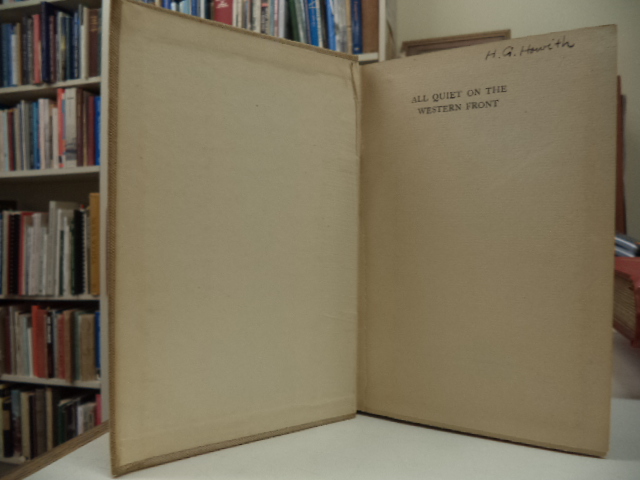 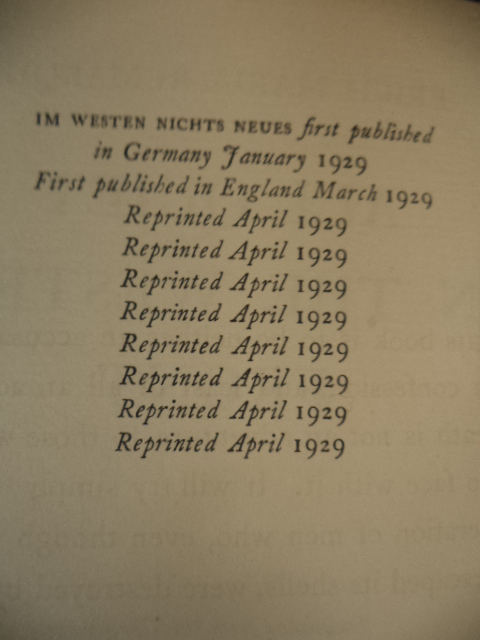 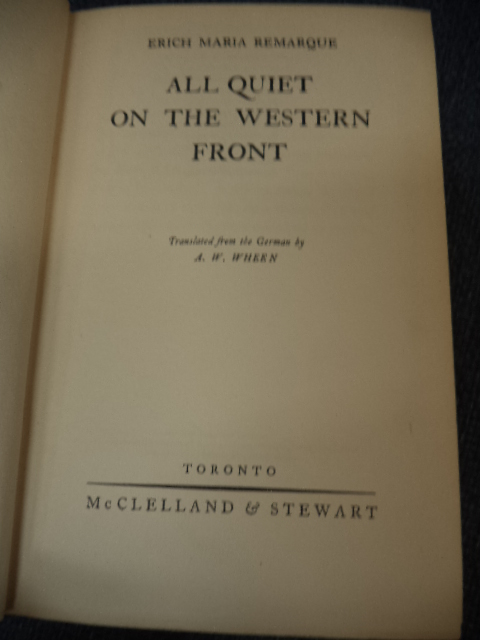 All Quiet on the Western Front

320 pages. Oatmeal cloth with titles in green. A very pleasing example of the uncommon Canadian issue. Printed in Great Britain at Chiswick Press, as was the British Putnam edition. The list of printings on verso of title page [running to the eighth April printing] presumably refers to Putnam printings, not McClelland per se. The front endpaper has been excised, perhaps by the publisher in order to cancel the Putnam preliminaries and make way for the M&S half-title and title page. {The only other 1929 M&S we have handled within memory was a July issue and it also had the ffep excised}. In any case, the binding is sound and hinges firm and secure. Binder used too much paste at rear such that the final page of text upper right is affixed too closely to recto of blank endpaper causing abrasion to the "s" of "was" the last letter in the first line {see photo}. Spine rolled forward a half inch as seen in photo of original blue top-stain. Spine tanned darker than boards. Former owner's name to top right of half-title; else unmarked. This volume printed within four months of the first appearance in Vossische Zeitung.

Title: All Quiet on the Western Front

All Quiet on the Western Front