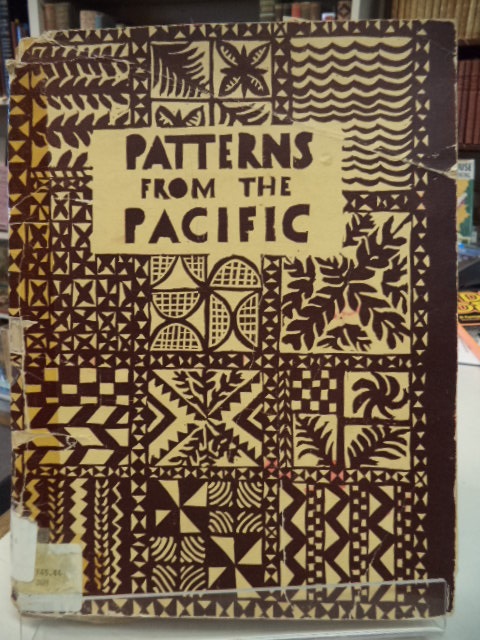 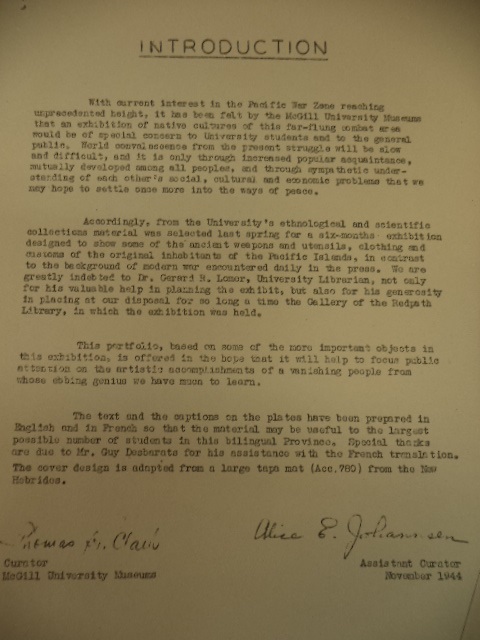 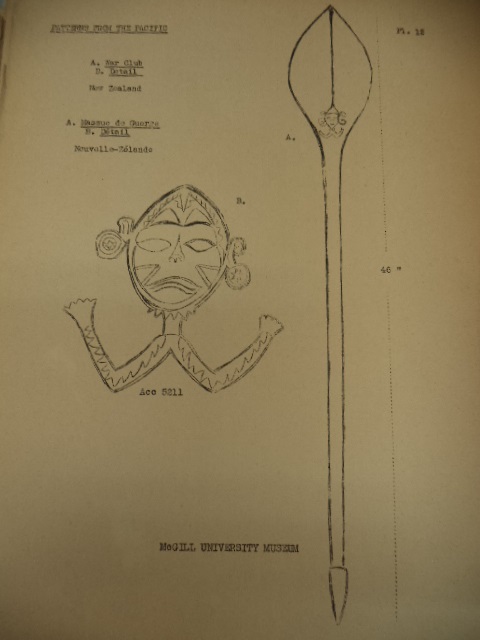 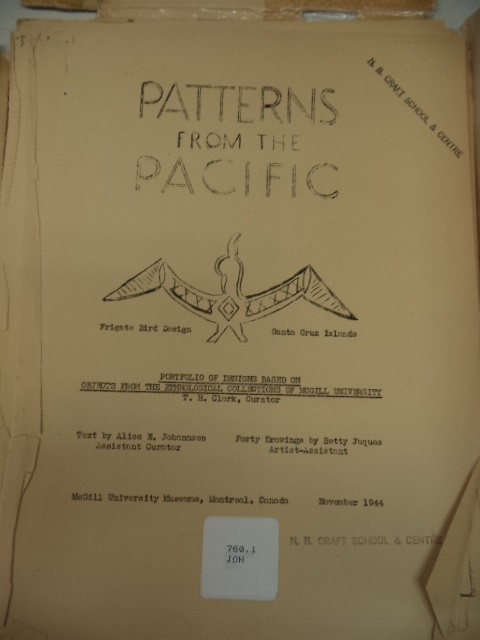 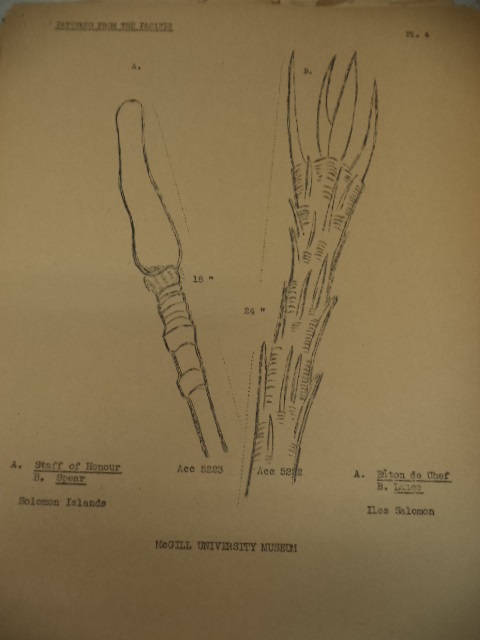 Patterns From The Pacific : portfolio of designs based on objects from the ethnological collections of McGill University

Portfolio consisting of title page, introduction, map, descriptive list of plates [4-pages each in French and English, and 40 illustrated leaves. Of particular interest for its stated objective: "With current interest in the Pacific War Zone reaching unprecedented height, it has been felt by the McGill University Museum that an exhibition of native cultures of this far-flung combat area would be of special concern to University students and to the general public. World convalescence from the present struggle will be slow and difficult, and it is only through increased popular acquaintance, mutually developed among all peoples, and through sympathetic understanding of each other's social, cultural and economic problems that we may hope to settle once more into the ways of peace .... This portfolio, based on some of the more important objects in this exhibition, is offered in the hope that it will help to focus public attention to the artistic accomplishments of a vanishing people from whose ebbing genius we have much to learn." [from the Introduction]. Ex-library, with call number labels and stamps (including "cancelled" stamp). Covers reinforced with tape; lower flap lacking. Paper highly acidified: brittle and chipping at edges. Good only; but an important testament to a noble effort.

Title: Patterns From The Pacific : portfolio of designs based on objects from the ethnological collections of McGill University

Patterns From The Pacific : portfolio of designs based on objects from the ethnological collections of McGill University