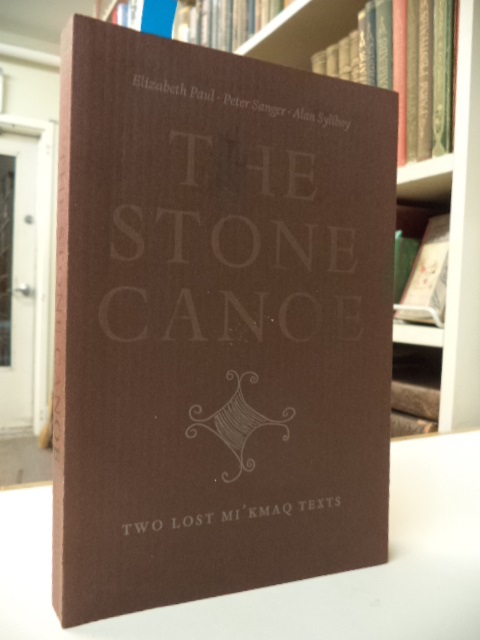 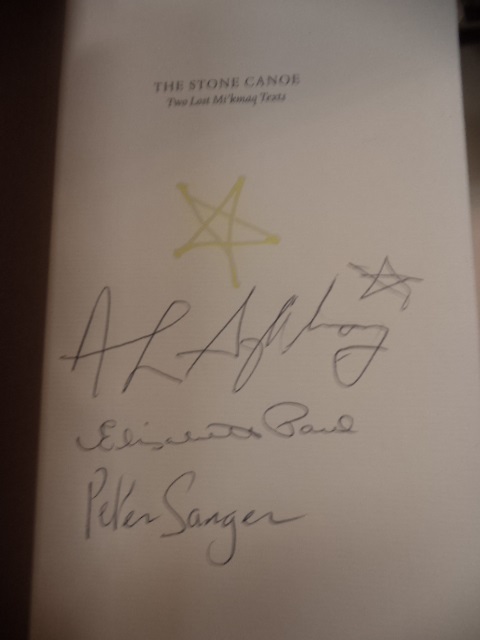 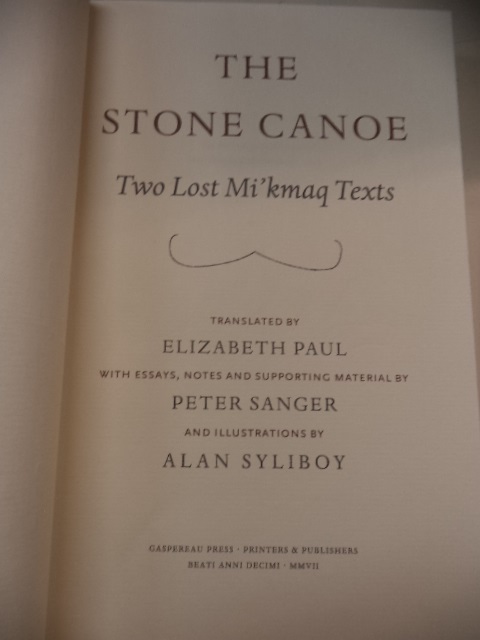 184, [+8] pp. First printing. Signed by the author, translator, and illustrator on the half title. "Silas T. Rand...transcribed stories from Mi'kmaq storytellers.... 87 of these stories were published [in 1894] as 'Legends of the Micmacs'. Until recently, it appeared that none of Rand's early transcriptions in the original Mi'kmaq had survived...Peter Sanger uncovered two manuscripts among the Rand holdings at Acadia University... as told by Susan Barss in 1847 [and] in 1884 by a storyteller known as...Old Man Stevens. Both are among the earliest examples of indigenous Canadian literature recorded in their original language; the 1847 transcript being perhaps the earliest. At the heart of 'The Stone Canoe' are the two stories themselves, newly translated and transliterated by Elizabeth Paul, a Mi'kmaq speaker and teacher...Also included are supporting documents, including Rand's original interlinear notes, his final published versions... essays by Sanger...artwork by Syliboy, a Millbrook First Nation artist." (From the cover notes.) An interesting study in oral literature, narrative and translation. Some dicolouration to gold of cover and spine titles. From the library of Joe Stevens, though not marked as such. Joe [17 April 1951 - 20 Jan 2020] was a cataloguer at Acadia University library, and long-time friend and patron of Gaspereau Press and the authors they publish.